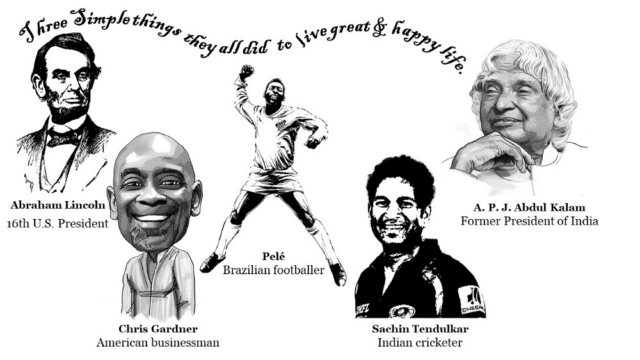 21st Century: A century full of demands, means, and possibilities everywhere around us that were not available before, to make everything true. We are lucky to be born and breathe in this century of Change and Growth. Modern technologies, tools, and tactics are making our life smoother that ten, twenty, and more decades ago, the people living here could not enjoy due to the circumstances of that era. And now in this century, many of us are doing the same.

Today we’re blindly and solely dependent on the tiny things that fulfill our every bit of requirements at any cost. We’re reliant on the “End-to-end encryption,” ignoring the fact that encryption can be decrypted. A violation can occur over the security, and terms could be changed without our knowledge.

With this busy life and a shortage of time (truly there’s never a shortage), we all wish for success and happiness.

And to achieve that so-called “Success,” we listen, we read, and we even work sometimes. But things don’t go as we thought or wanted to. Because we exactly don’t know what necessary things we need to do and in how much amount. After applying everything & trying everything, we end up on the same question, “How to achieve anything you want, and what cost you need to pay for that?”

Yes! It is necessary to pay the price, and therefore we — Nathawat Brothers — will explain what you and we have to do for the success and greatness of life. You’ve heard and applied some things before, but this time we are going to tell you what you need to do and how much by using life stories of greatest personalities of all the time on this Earth.

Yes! The first thing we need to achieve something is a Dream. We heard about it, in motivational programs, podcasts and texts. The finest work based on this, ‘Think and Grow Rich,’ but there’s a catch, nobody ever told us how much we crave. Because if we want to go somewhere we need to know the path or should have the gasoline corresponding to the distance. Gasoline should be more or should be sufficient, so we can reach there. And from above the best option to go with is More, because sometimes we take wrong turns.

Yes! Dreaming more is the first key to achieve successes. Like Abraham Lincoln, the best American President. We know! you know him, but why??

Because he dreamed something that everyone only wished. And there’s a difference in dreaming and wishing. Lincoln dreamt a nation free of slavery. He believed in equal rights. No one is imperfect, and no one deserves a life of limitation.

He believed, if something was not perfect, then it would have never existed in this world. Because God made everything, and in God’s eyes, everything is perfect, only we are the ones who make things imperfect.

Abraham Lincoln’s fight against slavery, saved the entire world. Because most of the nations, follow every trend of the United States.

2nd key to success: Do More

Another fine example of dream more is Edson Arantes do Nascimento, a big name but people also calls him Pelé. A boy from Três Corações, Minas Gerais, Brazil, dreamed something big and more. In Brazil, there’s so much enthusiasm about football. But in the 1950s the team wasn’t going through with its great form. They couldn’t make to the world cup final. Because of it many fans attempted suicide. Main reason for their defeat was playing soccer in professional style and Brazilians were solid at playing soccer in Ginga style. And Ginga neither allowed nor demanded by the coaches of the team. But the professional play wasn’t theirs and that drew them to lose.

And in this chaos, a Janitor’s (former football player for a small club of Brazil) boy, who was playing football barefooted, dreamed to win the cup. That same boy was Pelé, who even promised his father to win the cup. And to fulfil his vow, he advanced to the second key to achieve success.

To achieve more, we need to do more or take bigger and great actions. Without taking an action you can’t feed, drink or even have sex. Some people only rely on Law of Attraction, ignoring the fact, that reason for working LOA is Action. Pelé did more, and more and more, and like him, Sachin Tendulkar, a boy from India, dreamed more & did more. We guess you know who is he; if not, then we’ll give you a short introduction about him.

He is a former Indian Cricket team player, who is not only a great player, he’s a great human being too. Like Pelé, he also dreamt about winning the world cup trophy when he was only 12–13 years or younger. At that time, he didn’t even start playing cricket.

His dream was very-very big, and far that needed to do more and more. Because of his dedication, BCCI (Board of Control for Cricket in India) selected him for International Cricket; his age was 15. His first match’s debut inning didn’t go well, and in the second inning, he got hit by the cricket ball on his nose. But he didn’t stop that day and coming.

Abraham Lincoln, Sachin Tendulkar and Pelé, did more. They did their best and made their dream true. But dreaming more and doing more, wasn’t the only elements which caused everything in their favour. There’s something else, more important than the others.

Without this, nothing will ever come true. Because to build muscle, we need to feel pain and pour down our sweat. Struggling is the main ingredient in our success recipe. It gives us the power to understand the current situation; it makes us learn the value of things, and it casts out the wrong and old belief. Struggle gives us the motive to work our ass off and get what we deserve. Without this, we can never see the real faces behind the masks. The struggle gives us the thirst to get more and become better.

Pelé struggled because of his playing style Ginga. Sachin Tendulkar struggled through his injuries and bad performances. Abraham Lincoln has to face the criticism and protest.

And great example of struggle more is Chris Gardner, who during the early 1980s, struggled for food and job, while raising his little kid, on the streets. He was homeless and wandering the streets to find a way to get through his bad situation. His wife too left him in middle of this (didn’t die.) But today! Chris Gardner is the same man who is now an entrepreneur and brokerage specialist.

The Movie, The Pursuit of Happyness, is also based on his life. If you didn’t watch it yet, we suggest to watch it, and if you watched it already, then go watch it again.

His life was in all bad situation, like bad, bad. All he can do is struggle and he did. He was all alone to care for his little child and he did that too. He did the best, comparing to the parents of today’s time who are in a better situation.

Dream, Hard Work, and Struggle are the 3 keys to success

Pelé’s dream, struggle and doing more, brought two consecutive world cup, and he made himself as great that on his birthday, there’s national holiday in Brazil. Abraham Lincoln’s doing made the United States and the world, free of slavery. Sachin Tendulkar’s life and playing cricket inspired many youngsters, and because of that, Indian Cricket Team is one of the best cricket team in the World.

And as another Indian Cricket Player Shikhar Dhawan said, “If you love what you do, then it is not a struggle, it is a journey and you should enjoy it.”

And like Steve Job said, “If you really look closely, most overnight successes took a long time.”

What they all did?

They all did the same. They dreamed more. Did more. Struggled more. And finally achieved more. We hope! you understood, what we — Nathawat Brothers — tried to convey here. And it would be great for us if you share this article and support us to support others. Follow us here and as well as on Instagram, and Twitter to get notified for our next mind-blowing article.

Before you go and get yourself busy in something else, we want you to go see for yourself what Camila Cabello says about dreams.

Thank you so much, for giving your time.

Nathawat Brothers
Putting thoughts for everyone