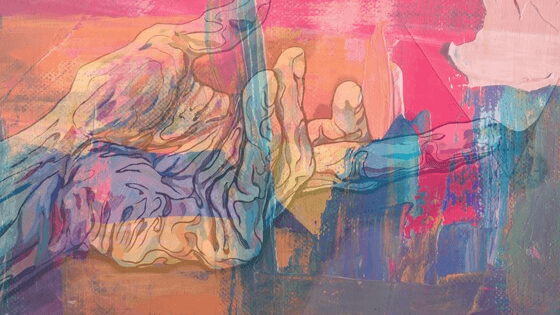 Have you heard someone say that “his time of success will come”, or have you said something like that, when something unexpected happened, or things went wrong as you want them to be? For example, you went to the bar, and the guard outside the entrance didn’t let you go inside. And after so many arguments, you left from there. Saying “My time will come” on the face of the guard with a serious look.

So, you came back home with anger and embarrassment. You couldn’t even sleep that night because it was hard to bear that insult. And you wanted to teach a lesson to that fat ugly guard.

You thought, thought so much, and with this time passed, and nothing happened. Whenever you crossed that street, and you saw that guard outside the bar, your level of adrenaline gets high, and you say to yourself, “ I will teach him a lesson one day.”

Behind your words, one day hid the same sentence, “my time of success will come.” But sadly, it never arrived.

So, the question is, why your time of success didn’t come? Why is it?

If you know that, then it’s excellent, and if you don’t, that’s even cool, too, because this feature is all about “why our time of success never comes?”

Before we march on to anything, we would like to share a particular scenario that took half a year before. About the subject, “my time of success will come” in our country, India. So, in January 2019, most of the guys, especially the younger ones, repeating some lines of a song from the movie “Gully Boy”. And they were not, not only reciting the phrases for fun. Indeed, they were saying those phrases when they needed to show that they will do something tremendous, and the phrases are-

“Apna time aayega,” in English “My time will come!”

So, it was like if you argued with someone, they would say Apna time aayega, they were saying it as they mean it. People were so into the influence of that song, that they bought merchandise of the phrase, Apna time aayega.

If you want to read the translated verses of the song, go to this link. We’d say it’s a magnificent example of art. And we’re certain it will encourage and motivate you.

So, the point is, that, do these people got their time?

Nope, because as we see them now, nothing has changed. They are the same person they were before. We see them wandering the street with no purpose but big ambition with a short of wishing habit.

Yes, they have ambition and dreams. And as Murad Ahmed (a persona from the movie Gully Boy) they think, their dreams would come true. Ignoring the fact behind the success of the character.

To know more about that character. You can read this article, about two middle-class boys of Mumbai. And how they became a popular name in the music industry of India. And upon their life, the movie production started. Such a motivating and emotional story.

“My time will come,” Educated vs illiterate.

Yes, it has two groups. Educated and illiterate. An educated people wish for their ambition to come true, using the law of attraction. And because of that, they read books, listen to podcasts, and watch motivational videos.

While on the other hand, an illiterate person only wishes for the same without any law. But their dreams do not come true. Reason? It’s simple that something was missing. Something, that has the same value as the law of attraction, or vision, or dream, or wish. The ingredient that left their desire unfulfilled is Action.

As you know, action has a definition, which we will discuss later. But at present, we’d like to share an incident of our related to action and law of attraction.

After the last exam of our final year in college, we were sitting at a cafe. Having a discussion with our friends, about exams and what would be our results after a couple of months. In this conversation, we recounted with something, which we believe true. But most of the people understand it half. So, in the middle of the discussion, one of our friends said that she won’t fail. Because she read the book “The Secret,” and she has applied the teaching of it.

Now because we are a thinker, we objected her right on the movement. And our reason behind opposing her is that, if she studied hard, then why she used to believe something else; rather than her hard work. Our talk went into an argument, where she insisted saying this, that she has sent her energy to the universe, and now she won’t fail. We said “it’s good to you then,” because we knew she was obsessed.

The thing we want to explain is that the base of her belief, about the law of attraction, isn’t the hard work she did the night before the exam by studying the syllabus. Isn’t the answers she wrote in the answer sheet.

Tell us, one thing friends, if she slept the night before the exam visualising that she would clear the exam. And applying the law of attraction by only staring at the blank answer sheet in the exam hall, did she pass the examination? No, there’s 0.00000 up to zeroth Infinity chance, that she could have passed the exam.

What comes first, Action or Attraction?

Our point is that instead of believing in the result we desire, we should believe that our work will work no matter what. We’re not saying that Law of Attraction doesn’t work, we are just saying attraction + action completes everything. Attraction fuels your body or other stuff to help you take action.

Now, this doesn’t mean that action comes after attraction, no, instead, it is the first thing in everything.

Let see, what is thinking?

In short: Thinking is a process in which the mind takes action to create thoughts. Our brain is always in motion. So, when we visualise or think of something we want, our brain is taking action inside our skull. There are many examples of the law of attraction or we can say the law of action.

Like someone is facing a rare disease, and then someone put a piece of knowledge in his or her mind that if he/she believes, that he/she will recover from the disease, then he/she would. So, that person starts to imagine that he/she is all well again, spending time with family and friends. And in a few months, he/she starts to show symptoms of recovery.

Now, what happened? How did he/she recover?

We think as we continued on this article, we have put some good thoughts, and we think we’ve succeeded to share our point if you are reading it till now. But, we want to share some more to make our point more solid or rigid.

How we came to know about the law of action?

So here it is, we met a person who is in his late 40s. He has no wife, no children, his parents left him and went to their hometown. Now, this person is a mess, he doesn’t go to work, has a big ambition from the last 20 years but still eating food from the rent he gets from his paying guests.

He talks about motivation, positiveness, and attraction. But still, nothing has been done. He drinks so much, sleeps at 4:00 a.m, and wakes up at 4:00 p.m, and this person helped us to understand that our time of success will not come if we don’t take action. We thank god that he made us meet this guy. We pray that someday, he would take action.

How your time of success will come?

So if you want to bring your time of success, then start taking action, with the action of believing that your work will work.

We hope we have described it clearly, so don’t forget to share ( upon we rely on) and if you want to help us to help people, then you can donate here. So we can keep our work going with stability.

That’s it, that’s the end of this article but before saying goodbye we’d like to share two or three things.

First is, if you are a guy whom the bodyguard outside the bar declined to let you go inside. Don’t teach that person by beating him, instead develop yourself as much as you can. Build your reputation, so, that the bodyguard in the future, never deny to you. Or to any member of the family in the future.

The second thing is ( please, paste it on your wall if you want to): Start is the action, and the end is the action because the action is the attraction.

And the last thing is, as great scientist Newton said, “Every action has an equal and opposite reaction.” So, do good things with good intentions. And by opposite reaction means that your good work and intention comes to you back.

Putting thoughts for Everyone.