The World is growing faster than ever before. Technology is getting advanced even more. And our lives, amidst this, having roller coaster rides more and more every hour of the day. Somewhere people are having a rise in their payouts, then somewhere people are getting fired. Some are happy with their lives, so, some are exhausted. Countries are making policy, and the economy is moving. If one is ruling, then the other is following. If someone here is content, then someone there is not. It has to be us or someone else.

One part or another, everything around us is moving swiftly and increasing the amount or degree every day. Of which, good and bad consequences we are observing, without any doubt. But there’s a section or area in our civilisation or society, of that we’ve developed a one-sided perspective, and most of us are believing and developing it further.

When a terrorist attack happens or a two years old girl becomes a victim of sexual assault and murder, then what we say?

We guess some would say, “People nowadays are without a soul,” or, “How can somebody do such a thing?” or, “The sin in today’s world is rising, people are getting cruel.”

Here two of the three statements are wrong. First and last one. And we are here to explain why they are wrong. And why people should adopt a new and correct mindset about evil things or cruelty, we see in our world.

Okay, the title of this article is, “Is sin rising?” And the answer to this question is “NO.”

Yes, neither the sin nor the sinner is rising. What rising is, is the reach of the media to the wider audience. And to prove this statement, we have five categories, upon which sins have done, from the birth of the human, till now. But before we explain these categories, we want to make two things clear. So, you won’t get confused while reading this article.

Sin and the Sinner

Sin: The real definition of the sin is, “something wrong done to the creation of Nature or Universe.” Simple, clear and up to the point. And according to the Cambridge dictionary, a sin is, “The offence of breaking, or the breaking of, a religious or moral law.”

Sinner: Someone who commits wrong to the creation of the Universe. And because of this definition, we all are descendant of the sinners. The legacy of our ancestor is full of sins, and wrongdoings, even the firstborn human was also the sinner.

So, now we’ve discussed the two main components of this article. It’s time to move on to the prominent area: The Five Categories of Sin.

And see for yourself, that is actually the sin is rising or vice-versa of what people say when they come across to something horrible.

The Sin over Environment

In species over the planet Earth, humans are the most who’ve committed sins over the environment. Past centuries were the time when people had been cutting trees, building industries, dumping waste materials into the river, polluting the water and air.

These activities are still in progress, but something has changed. We are no longer cutting trees blindly; instead, we are planting two trees on the place of one, that has been cut down. We are developing vehicles, that would cause low or no pollution to the atmosphere.

We are aware that if we keep doing what our forefathers had done, then soon our planet would die. And with that, humanity and all the other species wipe out from the globe, too.

Yes, Global warming and climate change are on the rise (that’s not our fault). And because of that people like Greta Thunberg leading rallies and musician like Lil Dicky are creating videos, to send a message to the people, that we have to save the world, “Our World.”

Here’s the music video and here’s the interview, we think it would inspire you.

Our ancestor took us here. They thought about growth and development only. And now it’s our duty to take our generation there. (with the thought of development and Nice Environment for the future). So they (next generation) won’t abuse us, instead; adore us, for giving them a better world to live and grow.

The Sin over Women

If you’re a woman reading this article, then you already know what we are going to discuss. Over the past centuries, the sins from which women had have suffered most are equality in society and sexual assaults.

Men had treated them as sex toys and never gave them what they deserved. Even the great Kings had many wives (under a treaty with other nations or just for their fun).

Women never had the same privileges as men unless they were not from the royal family. However, even the ladies of the royal family accounted for less than the men’s of the family. Before 1920 women didn’t have the right to Vote in the United States. And Indian women of the lower or middle-class family was restricted to get an education. They were only allowed to go out to take water for their households.

Cruel man would have abducted women whenever they wanted and raped them. And women kept quiet, and if someone, somehow raised a voice, then it’s all fault of the women or her dress.

And then wise men and women started to rise, voices start getting heard, and things changed again. Now women are safer than before, by their power and support of the others. Ladies in India who were not allowed to wore short dresses can now wear whatever they want and whenever they want.

Here’s the data of some years. 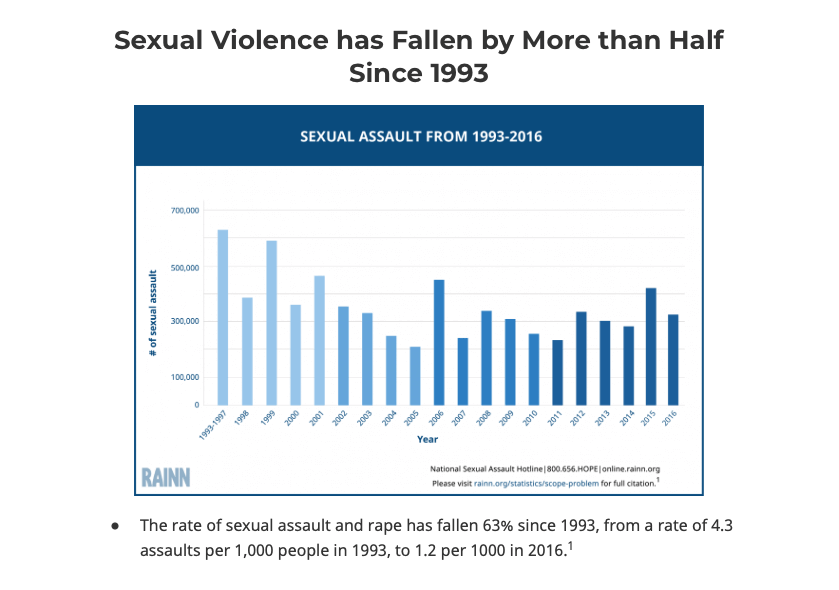 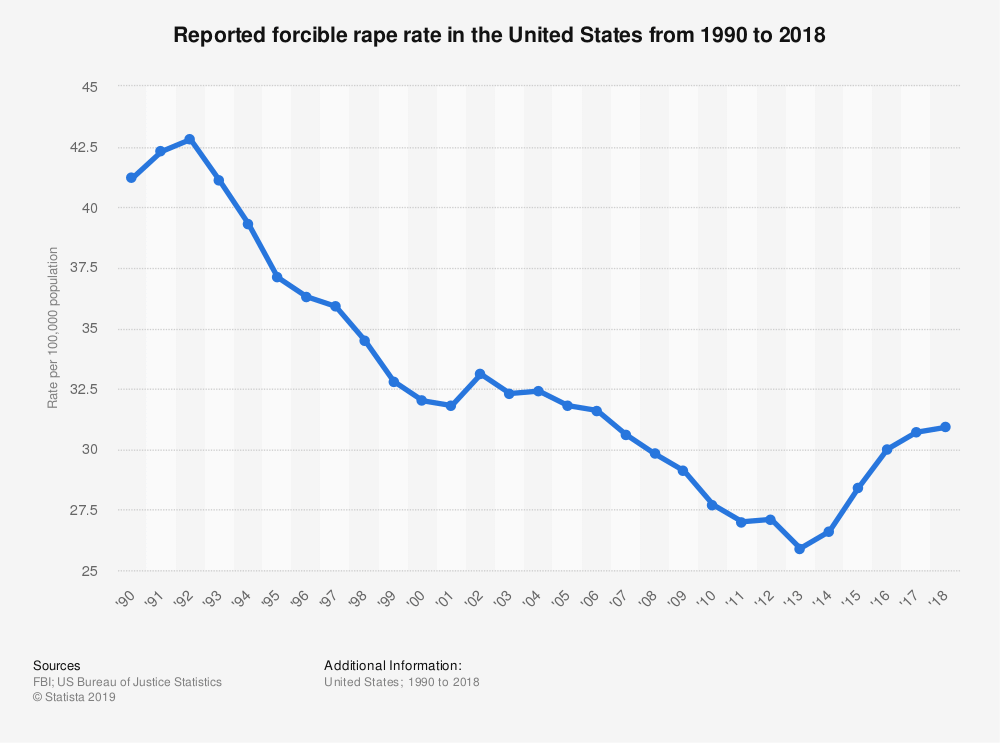 The Sin over Animals

Something on the planet Earth that faced brutal sins against them is Animal. And most of them, were carried by the Humans (with a developed brain, and who claims to have a soul). Below are some images, which state how cruel human was on almost every species. 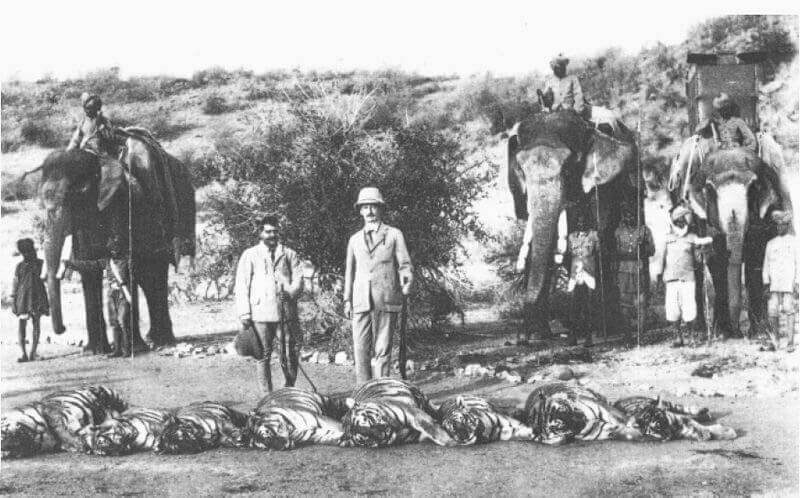 Humans were meant to eat vegetables, but we chose the taste of skin and bones. First, we killed to fill our belly and then our purse. Killing habit became our obsession and a part of enjoyment or leisure. Nothing was safe, especially the Tiger, the predator of Jungle. For Kings, it was pride to kill a tiger. 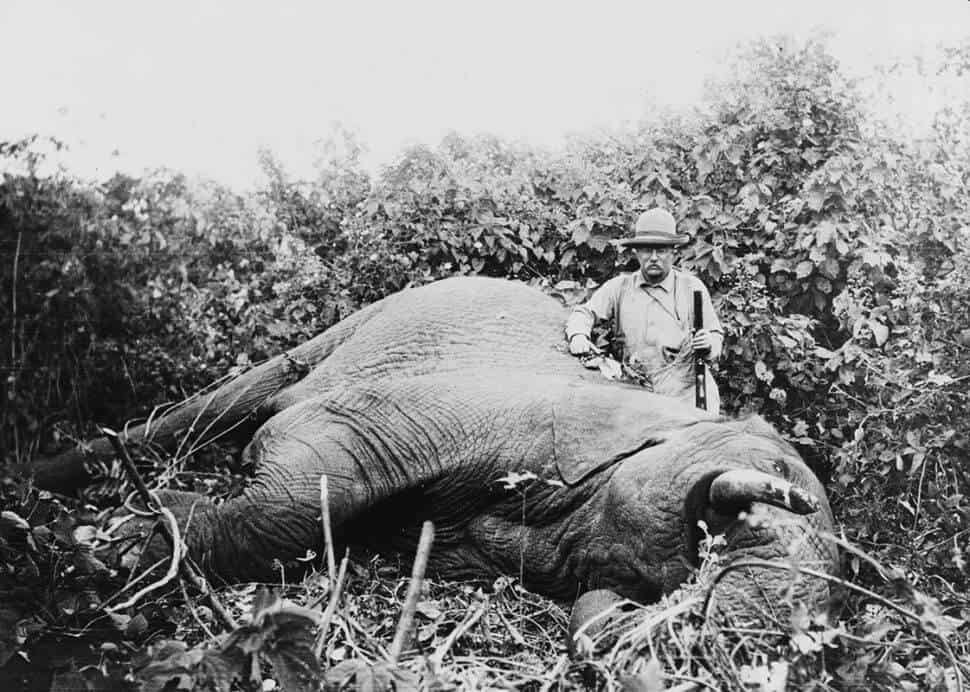 Theodore Roosevelt poses near a dead elephant he killed during an African safari between 1909 and 1910. Source, livescience.com 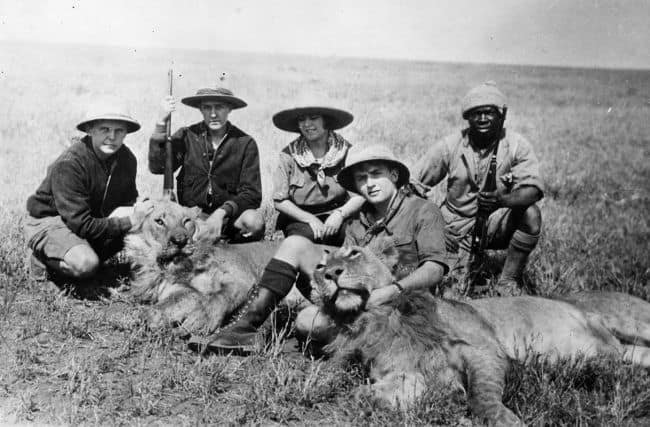 Some killed for the hobby. So, some killed for trading. And so some took part out of the body of the animals. Overall, it was all an era of blood, slaughter and shoots.

But nothing remains for long because change is the rule of nature. And humanity born in people for species different from them. And because of that, the species that reached the verge of extinction are now increasing numbers. Social worker trying to keep them safe. Government has created laws to protect them, and communities are made to care these non-talkative lives.

India has strong law regarding the protection of the animals, like other nations, you cannot kill a rabbit or wild pig in India. Even if you do so, then you’ve to face charges or even police custody. And if you touch a cow, then you’d face severe outrage from the people of the country.

The Sin over Children

Nothing is untouched from the clouds and pouring rain of the sins. Even the innocent children, big or small, too, faced the episode of chaos and cruelty. People in India had practised female infanticide because of the stress aroused by the dowry system.

The dowry system created a fear in the mind of a poor family. And because of that, they had to kill the female infant in or out of the womb.

Female infanticide was not only the norm of India, but it had been widely practised in China as well. And it’s hard to compare which one of these Nations was more brutal than others.

Indians killed the female child by putting it inside a pot and burying it or poisoning the child after birth. Whereas, Chinese drowned their female baby into a river or hang it over a tree in the forest, to kill it by sunlight exposure.

The cause for Chinese to kill female child was poverty, and they also valued a girl less than boys.

Female infanticide was not only the sin that children had faced because Canadian Indian residential school had done severe abuse to children of Indians.

Their (CIR) purpose was to cast out the religion of Indians from their minds when they were children and to achieve it, CIR abused innocent kids mentally, physically and sexually.  Their technique to serve their purpose succeeded and around 3,200 to 6,000 children were killed.

Child marriage, kidnapping and labouring, too, had their great time all over the world and still has a presence in some countries but all are in decrease phase now.

The arrival of Christianity and Buddhism in China caused stoppage over female infanticide and, strict laws and rules made by governments in other countries proved successful to stop and lower the crime against children.

And below data is the proof.

The Sin over people

The history has its prints which show that people have been there in the muds of cruelty, where they never thought they could be in their lifetime. And the greater of all in human history which has records of sins was WWII. The genocide carried by the German and Russian troops, the bombing by the USA and madness did by the Japanese.

Holocaust had killed over 6 million people. Nuclear bomb dropped from the sky at Hiroshima took the life of people nearly about 200,000.

And before that, people had suffered from the curse of slavery, which had its roots even before the birth of the Great Alexander. And being a slave to someone was far worse than anything else.

Think about this for a moment, you can’t move, eat, drink, or piss; without permission of your owner. And if something went wrong, then your life would be taken.

People faced cruelty during Roman arrival, Viking invaders, in the reign of Ashoka and British Empire. But things changed as always. Alfred the Great defeated the Pagans. Lincoln raised the voice and gave liberty to all. WWII had consequences over British, which led Dominion of India came into the rule and then the Republic of India.

The Sin is not rising

By all these categories and their long written paragraphs, all I want to make clear is that we are moving toward a better future.

Yes, the world had its hard time, but regular efforts taken by the people and authority are showing that world peace would become a reality one day.

All the categories above are to explain our point of view clearly. Overall these all categories lie in one, which is “The Sin Over Nature,”  because we all are part of Nature. And every wrongdoing on something is cruelty against Nature.

Our request to you that please care about others and the environment around you. So, our generation won’t abuse us. And we would succeed to create a healthy, peaceful and beautiful world for our children and their children.

So, if you liked this post, then please write your views in the comment section, and if possible, share this article as much as you can. You can also visit our show courtesy page to know why we’re doing this. And if you want to read more articles like this one, then don’t forget to subscribe to our weekly newsletter.

Get better at relationships, careers, and life with our book, True Definition of Success.